Cross Leased Titles – What you need to know about Cross Leases!

One of members Kelsey asked the following question

“We’re starting to think that cross-lease might be all we can afford – but I’m interested to know what you think about how the title being cross-lease would affect the resale value?”

We asked Jessie Foley – Mobile Conveyancer of Fortune Manning for her thoughts on this topic, here’s what Jessie had to say;

Buying a cross leased property is very common these days.  This type of ownership was born from landowners not wanting to subdivide due to the fees set down by the local authorities.  Another type of shared ownership was created called cross leasing where you own an undivided share (whether it be a half or a third or a quarter) in the land and you lease each other’s house of each other for a total term of 999 years for a rental of 10 cents per annum.  There is a lease in place which determines the rights and obligations of the parties including but not limited to how to deal with conflicts between the co-lease owners and where consent is needed between the owners to make changes to the houses including further building and/or renovating.

In order for there to be separate front and back yards and areas exclusively for the use of the owner of the house, the title records an area which is designated to be for the sole use of the owner.  This is called an “exclusive use area” and it is usually the land around the house which the owner has exclusive rights to and the owners consent is required for the other co-lessors to enter onto this area.  Mostly these areas are fully fenced off and it is fairly obvious that they “belong” or are attached to the house.  Usually there are also common areas that are used by all of the cross lease owners typically being driveways and access ways and sometimes even a common recreational area that all the owners can use.

Because of the lease arrangements and that the house is not completely “freehold”, these types of houses they tend to be a little less expensive than a totally freehold property that does not have common or exclusive use areas.  As there can be some problems associated with noise, unreasonable co-lease owners and other issues that may arise due to the close proximity of the owners to each other (their may be party walls or the houses may be totally unattached but still close to each other) the price of these houses are normally driven down by these factors.

The most important factors to consider when buying a cross leased property is to have the title, lease and flats plan checked thoroughly by a good conveyancing/property solicitor who could easily determine whether there are any defects.  The leases that are attached to the title need to be the same for all the houses and also the exclusive use and common areas need to be recorded correctly and accurately otherwise it could mean that the title is defective and to remedy this could be in the vicinity of $10,000 to $15,000 and upwards.  A Bank will not lend on a defective cross lease title and if the other owners’ titles are also defective it could be a very expensive and protracted matter to remedy.  If the owners have made any structural changes to the house, these could also have an impact on the title rendering it defective if they have not been included on the flats plan and if they have been constructed to be fully attached and fully enclosed.  Furthermore, any structural alterations of this nature would normally need council approval and consent and also the written consent of the other co-lease owners.

When looking to re-sell a cross leased property, these houses will generally increase in value at the same rate of other freestanding houses but will always be considered not as sought after or “perfect” as a fee simple title therefore will attract a lower value.  You must also always remember that provided you don’t change the footprint of the house on the title and add anything to the house that is fully attached and fully enclosed, the title should remain in tact.  As soon as you change the footprint of the house on the plan by adding say an extra room or turning a deck into a fully enclosed conservatory, the title becomes defective. Unless remedied by doing a full survey, obtaining council approval and creating a new title and lease (which is very expensive) it would be very difficult to sell the house from a legal perspective.  If the new owners are prepared to take on the defective title, unless the purchasers are buying with cash and not with funding this is not really an option as the Bank cannot lend against a defective title.  If this is the case the owners would normally have to remedy the title first and then settle on the property.

Another reason that would affect the re-sale of a cross leased property would be if the other co-lease owners let their houses deteriorate as this would have a direct impact on the other houses.  Also, if there was disharmony between the owners and it was causing major problems with shared driveways, parking or interference with the private enjoyment of the home owners.  Accordingly it is very important that these relationships are keep in tact to prevent bad ill feelings and ongoing issues which could lead to decrease in value.

It has been suggested that the government may be prepared to subsidise owners of cross leased properties to convert them to fee simple (freehold) titles which would increase the value of these homes if this was to ever occur.  If you wanted to increase the value you could spend the time and money and convert a cross leased home to fee simple provided the other co-lease owners agreed and were willing to share in the cost.  You would need to consult a property solicitor to find out what the legal fees are likely to be and there would also be surveyors and council costs and fees to budget for and, again, it can be quite a costly process but very worthwhile for long term gain.

Thanks to Jessie Foley – Mobile Conveyancer at Fortune Manning for her expert advice on this subject. Check out Fortune Mannings special offer for First Home Buyer CLub Members on our ‘Member Offers‘ Page

Why Work With A Local Agent To Help You Buy Your First Home?

Do you know what type of fund your KiwiSaver investment is in? Find out why it matters if your a first home buyers! 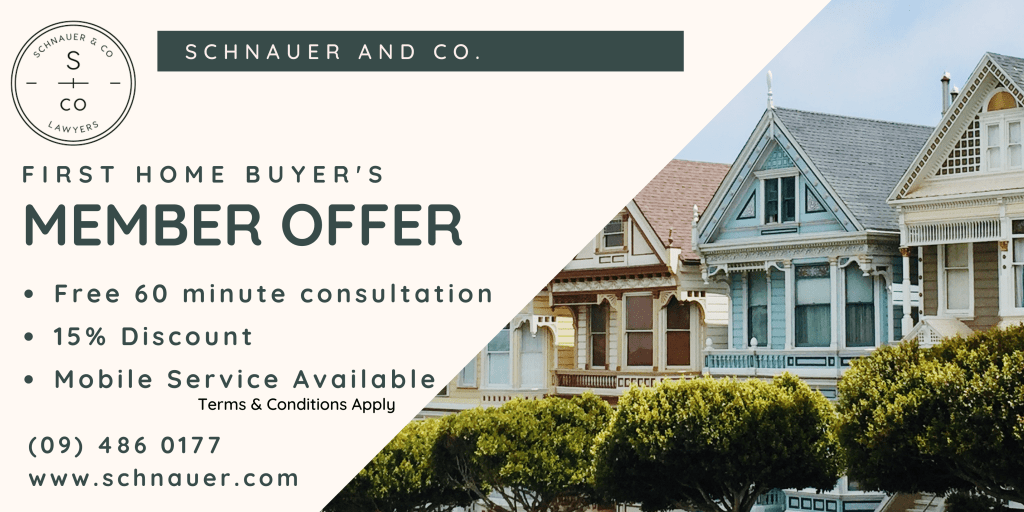